Generally speaking, Delta 3D printers are quite different from the regular run of the mill Cartesian and other 3D printer types such as the Creality Ender 3 or Prusa i3 MK3S+.

In fact, most Delta model 3D printers are typically inspired by various open-source Kossel and Rostock models. While the average Delta printer can be a tad difficult to operate, delta printers have many advantages that more than make up for the difficulty of use.

Also, print speed on a Delta printer is generally faster than most other types of 3D printers, especially other FDM (Fused Deposition Modeling – the most popular kind) printers due largely to the linear guide rails and pulley based design.

The downsides of a Delta printer is that they tend to be quite tall so they take up a large vertical footprint, though they’re also usually light owing to only having 3 rails VS 4 in a cartesian printer.

Delta printers can also be a bit less accurate outside of the center of the print area because the print head is operated by three pulleys, rather than an XYZ set of guide rails. Their linear guide rail and pulley design is also not great for large, flat areas.

In short, a Delta 3D printer is a great addition to your collection, especially if you plan to do a lot of tall prints (such as figures).

Now that we know what a Delta 3D printer is all about let’s go through some of the best delta 3D printers to help you make an informed decision on purchasing the Delta that best fits your needs: 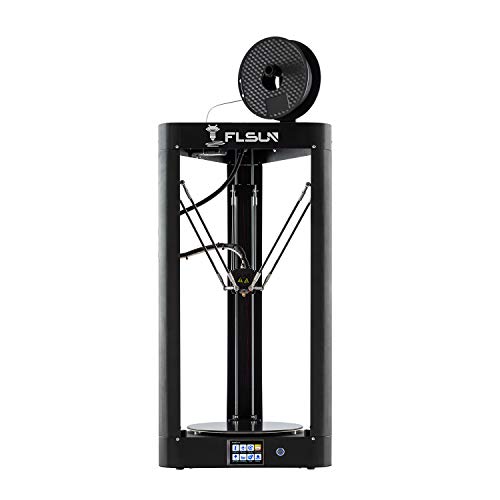 The Flsun QQ-S has been produced by the good people at Flsun. This Delta printer is part of the QQ series that includes both the QQ-S as well as the pro version of the same 3D printer. It’s an upgraded version of its older predecessor – the QQ. The Chinese company Flsun has come a long way since its inception and the Flsun QQ-S printer is a shot over the bow of their competitors.

Let us see what makes this printer better than many others in the market.

According to the manufacturer, the Flsun QQ-S has been equipped with its own Titan extruder (a feature that was lacking in its older counterparts), a 32-bit motherboard as well as a lattice printing bed.

This latter feature makes it stand apart from its predecessor – the Flsun QQ since the older printer operates on a less powerful 8-Bit Arduino Mega 2560. The QQ-S Delta 3D on the other hand has been equipped with its own state of the art 32-Bit motherboard that has been well paired with a separate MOS module. One that allows for considerably stable prints even at very high printing speeds. All in all, this is a 3D printer Flsun that gets the job done both rapidly and effectively, to say the least. This makes it one of the best Delta printers around.

Technical Specs of this 3D Printer 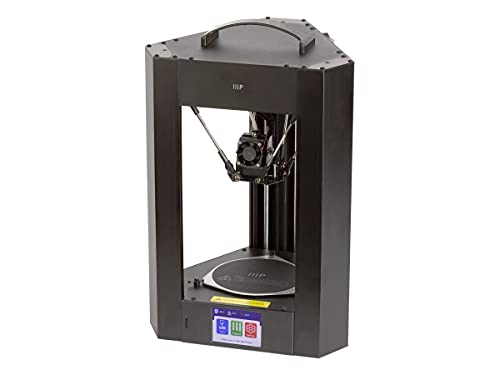 With the Mini Delta printer, the Monoprice Company has laid claim to building one of the single lowest priced top of the line professional quality 3D printers currently available anywhere in the world.

Some of its important features include the following:

However, here it is pertinent to note that the ‘mini’ in its name denotes the fact that it is basically a small-sized select mini Delta 3D printer. If you want to print something large, this is not the right option for you. 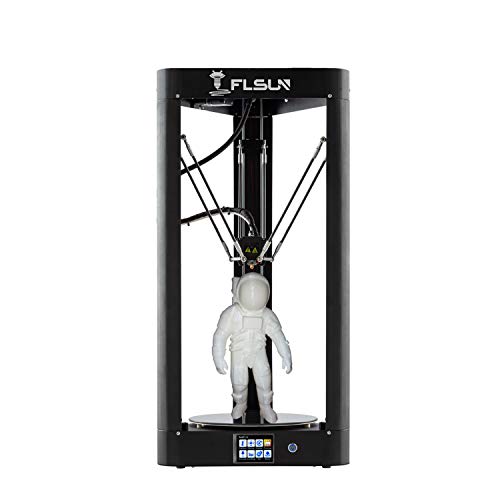 The FLSUN Mini Delta 3D Printer is one of the quietest Delta 3D printers around. In fact, it is so quiet; you won’t even know it is working. This makes this mini Delta an ideal printer for any workshop where you both create and do creative thinking as well. In fact, it is right up there with the Flsun Q5, in the best 3D printer category.

This printer has many of the same qualities as its elder QQ-S bother, but on a smaller platform that can fit even small spaces.

This printer is the result of a close collaborative effort between the Monoprice Company and the Taiwanese 3D printer making company Atom.

This is an expensive delta 3D printer kit when compared to its other counterparts on this list. 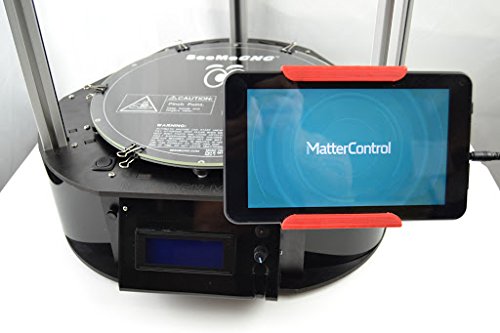 The Rostock MAX is a fully assembled Delta 3D printer that has a really powerful A/C heat bed as well as a full metal enclosure.

The highly improved heat bed not only improves performance but also adhesion too. It reaches 100 degrees C in about 8 minutes or so. Its 32 bit Duet controller helps provide very smooth, precise, and also quiet motion control. Its SE300 hotend is ever ready for any and all filaments that require temperatures up to 280C.

At around $1400 this printer is a bit on the heavy price side.

Build your own Delta 3D Printer

If the above designs are too expensive, there is no need to fret since the open-source design of many Delta 3D printer kits ( such as the mini 3D) means that they can be built from the ground up. If you are interested in delta diy, you can order a diy kit from Amazon and create all kinds of 3D models with your desktop 3D printer.

The Kossel Delta i3 3D printer kit is a very old and well-known design. This means that there is plenty of support available online, even if it is your very first 3D printer build.

This Kossel Delta 3D printer kit (along with the he3d k200) is still one of the 3D printing community’s favorite printers thanks to its easy to use interface as well as simplicity of assembly. Best of all, this 3D printer Delta is tall enough for many large builds and doesn’t have a large price tag.

This is a very efficient and reliable all metal 3D Printer kit with top notch parts. It offers universally good quality prints it can churn out 3D objects at up to 140 mm/s print speed. It can compete with the along with the he3d k200 for best 3D printers Delta in the low price range.

You can build with this 3D printer kit own heat bed as well as a hybrid Bowden suspended extruder. What is more, it does not require a lot of tools to assemble the Delta Bot. Once it starts printing it can continue for up to 24 hours without getting hot.

In the FDM 3D printing word, there are two main kinds of printing systems: Cartesian and Delta. The key difference between both is the method ofk8 movement. It is thanks to this crucial difference that you will achieve different results.

The Delta 3D printing system basically consists of three mechanical arms that move on rails. These move vertically to move the print head while the print bed remains immobile. Many of them have a dual extruder setup. It creates great 3D printed objects. They are better than resin 3D printers in many respects.

Cartesian printers as the very name implies are based on the Cartesian system of coordinate and use three individual and separate axis: X, Y, and Z. These axis combined determine the position of the printer’s head at any given point in time.

In some ways yes, due to their design, these printers can almost always print much taller objects than their Cartesian counterpart printers.  They are also more accurate too.

Yes definitely. In fact, high speed printing is the main reason behind their very existence! And many of them can be checked for multi material capacities too.

All of the above 3D printers fit the bill as far as the best Delta 3D printer is concerned. Ultimately, it is up to you what you want and prefer and what will best fit your needs the most. You can check many of them for other capabilities as well.