PLA is one of the most common filaments used in 3D printing, but it’s not without its shortfalls. Manufacturers have tried to produce an upgraded form of PLA called PLA+ or PLA Plus. So what’s the difference between the two, if any? Let’s take a look.

PLA and PLA+ are quite similar in terms of printing temperatures and settings. In many cases, PLA+ produces a different finish and is stronger and more flexible than regular PLA. However, PLA+ tends to be much more expensive than PLA. PLA on the left, PLA+ on the right | Credit u/holydeltawings

PLA stands for Polylactic acid, which is a thermoplastic that is made from corn starch or sugar cane. PLA is quite environmentally-friendly because it comes from renewable sources. Other plastics are usually derived from petrochemicals.

PLA is manufactured by combining resin, pigments, and other additives in a machine that resembles a blender. The additives are there to alter certain properties of the material. Finally, the mixture is dried, then heated and extruded into strands of filament.

The filament strands are wound onto a spool and then packed for shipping.

PLA is one of the easiest filaments to 3D print, and it is the filament of choice for most hobbyists. It’s also the filament that you’ll usually get packaged in your 3D printer as a sample. It also prints much cooler compared to other filaments.

However, PLA has very little temperature resistance and does not do too well under high stress.

It’s tricky to define PLA+ since there is no consensus as to what it actually is. Every manufacturer has their own form of PLA+, so you’ll find differences between each one. You may even find that regular PLA from one manufacturer prints better than PLA+ from another manufacturer!

Differences between PLA and PLA+

Frustratingly, there’s no single definition for how PLA+ is better than PLA. The sales page for most products just states that PLA+ is better, but there are a lot of threads online that posit what the formulas may be. However, there’s no definitive answer other than what manufacturers go ahead and share.

From these comparisons, you can see that there’s not even a standard definition for how PLA+ differs from PLA. The best inference than can be made is that PLA+ is typically more impact-resistant than regular PLA.

CNC Kitchen did a whole host of tests on PolyMaker’s PLA+ and PLA to see how each filament fared in a number of tests:

In these tests, regular PLA was able to withstand a bit more force than PLA+ before it broke, but PLA+ broke by stretching and eventually breaking. PLA broke by snapping.

In real-world applications, this may mean that PLA+ is better since the break will not be quite as sudden.

Other PLA+ and PLA differences

PLA+ is slightly more expensive than PLA, as you can see below: 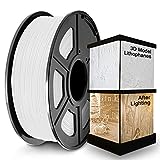 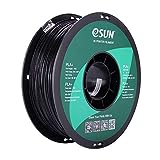 Many manufacturers say that PLA+ is like a better alternative to ABS. That may be true in some cases, especially when it comes to tensile strength and impact resistance.

Since there is no objective definition for what PLA+ actually is, you’ll have to trust the manufacturer’s data sheet to make sure that you’re getting the result you are looking for.

For everyday printing, you may feel that the extra cost is not justified and regular PLA works just fine.