3D printing is a fast-growing industry, and the difference in filament sizes can be confusing.

There are two main sizes of filaments(and by extension, 3D printers) that you can buy – 1.75mm and 3mm. The difference between these sizes is in the thickness of the material used to create your object.

If you’re not sure which size filament is better, we’ve got you covered.

Most consumer 3D printers use 1.75mm filaments and they’ve become the standard for nearly all filaments. It’s cheap, melts fast, and is a great overall filament size. Ultimaker is one of the few companies that still makes 3D printers that use 3mm filaments. 3mm flexible filaments perform better than their thinner counterparts.

If you’re shopping around, get a 3D printer that works with a 1.75mm nozzle. 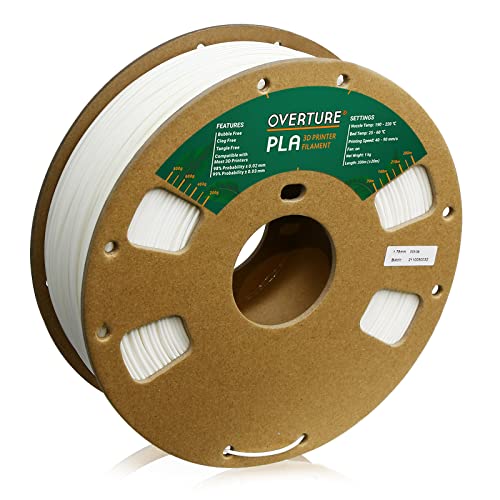 Why are there two filament sizes anyway?

The answer, unsurprisingly, is money. 3mm filament was the standard for early desktop printers that were using technology borrowed from old home-crafting machines (like the Cupcake, ThingOMatic etc.). The design of these 3D printers was based on existing machinery and processes so they were manufactured around existing consumer filament available in bulk.

At the time, Makerbot sourced 3mm filament from a company called Toner Transfer, as that was the filament available at the time. Toner Transfer’s patents had by then expired so anyone could now make filament.

3mm filament is still around today even though it is slowly dying out as 1.75mm is cheaper to manufacture, takes up less space, and provides better print precision due to its finer diameter.

Some 3mm plastics such as HIPS and HIPS are indeed cheaper than 1.75mm, however other materials such as PLA and ABS are easily found in 1.75mm filament so it’s not worth buying a 3D printer that uses the 3mm stuff.

3mm 3D printing is slowly becoming a thing of the past as newer printers have now been released that use 1.75mm filament and extrusion heads specially built to accommodate the smaller diameter plastic. It’s easier to manufacture and easier to use on the whole.

These new machines can now print much faster and at much higher resolutions compared to their older siblings originally designed only for 3mm filament.

The biggest advantage of 1.75mm filament is that it’s much more common and more easily available than 3mm filament. It’s also the standard used in 3D printing today, so you’ll be able to find a lot more materials and colors in 1.75mm rolls than you would in 3mm.

Another advantage of 1.75mm filament is that it puts less pressure on the extruder motor. It would seem that since 1.75 is close to half of 3, you’d need around double the torque to push 3mm filament as you would 1.75mm filament. In reality, it’s closer to nearly 4 times as much torque!

This is not because the filament is heavier, but because of the way the filament melts in the hot end. The only reason the extruder is able to keep pushing is because filament constantly melts and flows out of the nozzle.

Because of this reduce effort, smaller models and models with smaller layer heights can be printed much more efficiently when using 1.75mm filament.

The smaller filament also works better with both direct-drive and Bowden setups. Direct drive extruders use a gear right about the hot end to push filament directly in.

3D printers that use 3mm filaments typically need to use a gear reduction(an extra gear) between the motor and the filament to push it through efficiently.

Removing the extra gear in a 1.75mm setup results in more accuracy and more control over the filament flow rate.

You’ll need less energy(and time) to melt 1.75mm filament than you would for 3mm filament.

Finally, you can use very fine nozzle sizes with the thinner filament than you would be able to with thicker 3mm filament.

Why use 3mm filament?

3mm filaments also have their advantages and use cases. There may be some situations where the larger filament can do a better job than the smaller one.

For example, very large 3D printers and industrial 3D printers would fare better with 3mm filament as you can use a much bigger nozzle and have a higher feed rate.

Only so much 1.75mm filament can only melt and flow out, so if you need a lot more filament to flow and fast, the larger filament does the job better.

Another advantage that 3mm filament has over it’s smaller brother is that it is much more rigid and flexible 3mm filaments are easier to handle than flexible 1.75mm filaments.

While most current 3D printers can handle TPU and Ninjaflex 1.75mm filaments with a little bit of help, if you need to print a lot of large, flexible models, a 3mm 3D printer may do a better job.

Other differences between 1.75mm and 3mm filaments

1.75mm filaments do require more stringent manufacturing standards than 3mm filaments. Because the diameter is smaller, even tiny tolerances can add up to be a lot.

A tolerance of 0.1mm would be nearly double the percentage points in a 1.75mm filament than it would be in a 3mm filament.

Cheap filament often has a lot of tolerance issues and that will result in the flow rate being slightly different than what your slicer expects. In tiny amounts, this will hardly make a difference, but if there is a large discrepancy, you could end up with printing problems like under or over-extrusion.

Worse, your nozzle may even get clogged!

Smaller filaments let you vary the flow rate more than larger filaments. This is because smaller filaments melt more easily once the reach the hot end. This way, more filament can be pushed out in the same time.

One issue that is often overlooked but does show up in 3mm filaments is that the last few meters of the spool are coiled very tightly and require a lot of torque to pull them.

Sometimes, the extruder gear just can’t pull hard enough and that can result in slippage. You may find that you have to throw out the last few meters or somehow straighten them out manually to use them.

3mm filaments will work better with larger nozzle sizes, so if you’re not looking to print anything too big, opt for the 1.75mm 3D printer instead.

One are in which 1.75mm filament tends to take a knock is in tangling. Because the filament is so much finer, it has a greater tendency to get tangled on the spool, and it will be harder to untangle it.

What should you do if you bought the wrong filament by mistake?

Unfortunately, the only thing you can do if you bought the wrong size filament is to return it or resell it.

Modifying a printer that uses one type of filament to use another type of filament is a very complex process and involves changing out the main components of your 3D printer: the extruder and the nozzle!

This makes perfect sense if you have a 1.75mm 3D printer and you bought 3mm filament by mistake.

But what if you bought 1.75mm filament and you have a 3mm 3D printer?

Couldn’t you just thread the filament in and let the printer do its thing?

There’s going to be a LOT of leftover space around the filament inside the hot end. This means melted filament can ooze upwards instead of downwards, and if melted filament goes the wrong way, you’ll have a huge clog to clean up which, trust me, you don’t want to deal with!

2.85mm filament and 3mm filament are actually the same thing. If you were to grab a set of calipers and measure 3mm filament, high quality filament should give you a measurement very close to 2.85mm. 3mm is just an industry term used to denote this particular type of filament.

The tolerances between 2.85mm and 3mm are not so great as to disrupt the 3D printing process.

If your printer says 3mm and your filament says 2.85mm, it should work without any problems.

Most slicers are also set to 2.85mm by default.

The choice between these two filaments really comes down your needs as an individual designer or company – what do you need? Do you want flexibility? A lightweight material? Durability? Each type has its own benefits depending on what your intentions are!